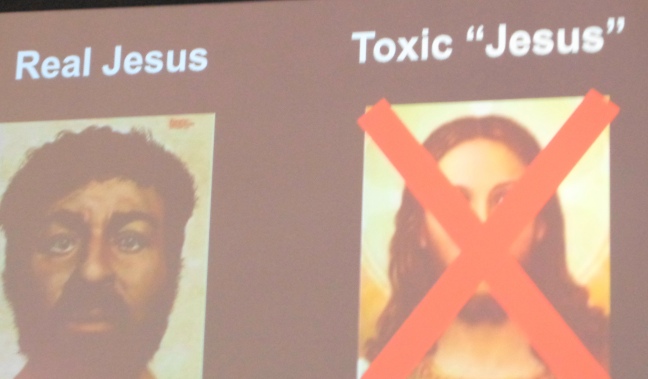 The end of the matter: all has been heard. Fear God, and keep his commandments; for that is the whole duty of everyone. For God will bring every deed into judgment, including every secret thing, whether good or evil.

So says the wisest person who ever lived, king Solomon. He tried everything: wine, women and song; working hard; seeking pleasure and riches. Nothing satisfied him.

At the end of his days, after he experienced all that life has to offer, he drew the conclusion in this quote.

Solomon doesn’t say that fearing God is the whole duty of the religious, or of a certain nationality or group. No. Every one of us, no matter who we are, must fear God and keep his commandments.

We will be judged. Not by the U.S. Supreme Court, by a fractured Congress or by the court of public opinion. We can argue with our political opponents until we’re all blue in the face, and it means nothing.

Fear God, and keep his commandments.

That’s what life is all about.

Of course, fleshing that out isn’t as simple as it sounds.

Only one person, in fact, has figured that out.

Since Solomon didn’t get it until it was (almost) too late, let’s look at the life of the one person who understood it right from the start.

One life at a time

That would be Jesus, the sinless one.

His life is explained in the four “gospels” at the beginning of the New Testament. Here’s an overview of Jesus’ adult life as recorded by Matthew, one of his original 12 disciples.

Jesus’ first act was to begin calling future disciples to follow him. He preached to the masses, yes, but he specifically trained a group of only 12 people. Those dozen later changed the world.

As his disciples watched, Jesus preached his most famous message, the Sermon on the Mount, to a big crowd. For example:

Jesus stepped up our game. Murder is wrong, of course, but so is anger. Adultery is wrong, but so is lust. Stuff like that. Jesus knows our motives, what we think about. That’s where the rubber meets the road.

Next, Jesus proved his authenticity by healing people – a man with leprosy, two demon-possessed men, a paralyzed man, and others.

He spent time with Matthew and his friends. This was a big deal, because Matthew was a hated tax collector. Imagine inviting over your favorite IRS agent who not only collected your taxes but bribed you, taking more than you owe.

Jesus spent more time training his 12 disciples, then sent them out to do cool stuff themselves. He also warned them that they will face persecution because some powerful, influential people will not appreciate them elevating the poor and sick.

If Jesus walked across the United States in the flesh today, he’d give us a similar message, would he not?

A new command I give you …

Then, Jesus talked about the kingdom of God, rest for the soul and the meaning of Sunday (the Sabbath, actually).

Now, Jesus had crossed a line. When he taught that Sabbath is not about following a host of man-made rules, “the Pharisees went out and conspired against him, how to destroy him” (Mat. 12:14).

Next come a few parables, stories that Jesus told with a moral. He talked about different types of soil, weeds, a mustard seed, yeast, hidden treasure, a pearl and a fishing net. He used these illustrations to describe the kingdom of heaven and its value.

Then Jesus did a series of miracles – he fed 5,000 men, besides women and children, with five loaves of bread and two fish, then walked on water, then healed many people of their illnesses.

Soon after that, three disciples – Peter, James and John – saw Jesus “transfigured” on a mountain, with his glowing heavenly body next to the heavenly bodies of Moses and Elijah. Jesus was a man, yes, but we can’t forget his divinity as well.

In keeping with his Sermon on the Mount, Jesus then taught about several other subjects:

The world doesn’t think like this, much less live like this. Christians are to live differently than the world does.

Next came Palm Sunday, when Jesus orchestrated his own parade and entered Jerusalem on a donkey. He taught lessons for a few more days, then was arrested, crucified, buried and resurrected.

Why death and resurrection?

Because Jesus knew we couldn’t keep his commandments, as Solomon discovered. Jesus said so in his Sermon on the Mount, too: “Be perfect, even as your heavenly Father is perfect” (Matthew 5:48).

Only when we follow Jesus can our hearts be changed to “fear God and keep his commandments.”

This is a daily struggle, as those of us who follow Jesus know.

That’s what forgiveness is all about. As God forgives us each day, we learn how to forgive each other.

We need to learn what Solomon learned.

We need that today.

The end of the matter: all has been heard. Fear God, and keep his commandments; for that is the whole duty of everyone. For God will bring every deed into judgment, including every secret thing, whether good or evil.